head&shoulders is a premium brand of Procter & Gamble and the anti-dandruff shampoo No. 1 in the DACH market. dietz.digital came up with something very special for this 360° campaign. In the first step, a map of Germany, Austria and Switzerland was implemented on the brand website and tagged with the hashtag #schuppenfrei. This map was snow-covered, so it was completely white.

The consumers could help to free the map from snow – or to be precise: dandruff. All they needed to do was redeeming coupons from direct mailings or using the codes they got through social media postings or by purchasing the product. At the same time, data was collected, which helped to define thresholds for the whole campaign.
This was our overall creative approach: snow-free = dandruff-free. The campaign started in the winter, so the reference to the topic was more than obvious.

A great viral success: The second step expanded the concept. It included the opportunity of winning head & shoulders-teams that cleared the snow in front of the winner’s house for free. Again 360°, now with the support of local air-play in radio spots.

You have questions about this project? 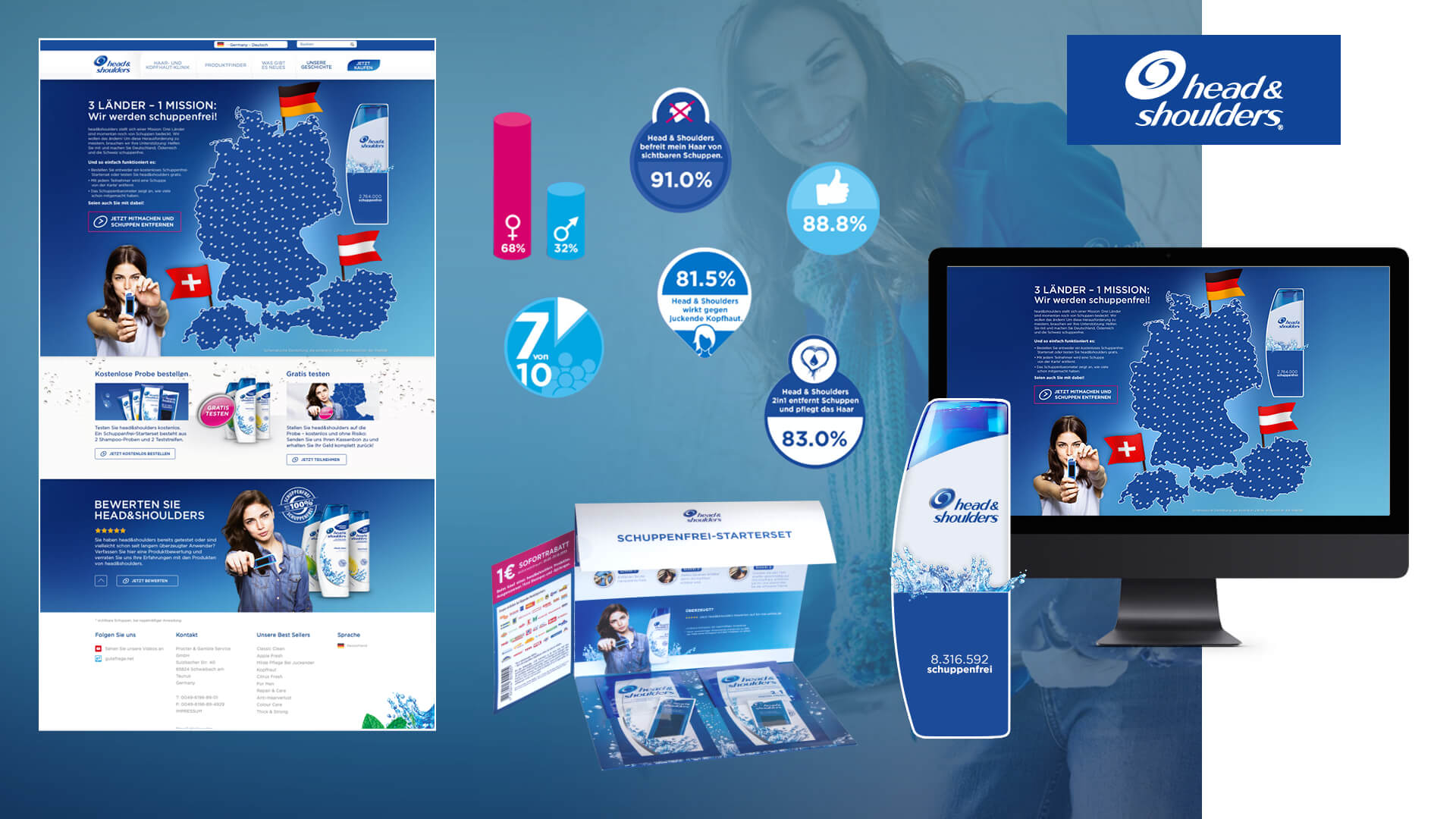